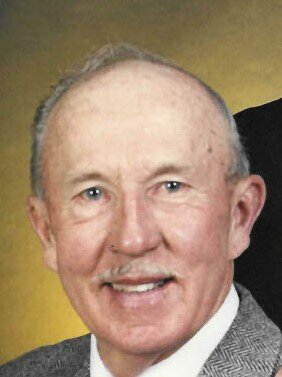 Memorial contributions may be made to Community Hospice of Saratoga, 79 Lawrence St. Saratoga Springs, NY 12188

Obituary of Eugene A. Herold

Please share a memory of Eugene to include in a keepsake book for family and friends.
View Tribute Book

Eugene A. Herold, 92, of Grooms Rd. passed away peacefully on Wednesday Sept. 14, 2022, at his home in the loving care of his family.  He was born on May 17, 1930, in Clifton Park and was the son of the late Adam and Mary Bok Herold.  Gene was a graduate of Burnt Hills Ballston Lake High School and was the beloved husband of the late Nancy Jane Moulton Herold whom he married on August 24, 1957.  He was a proud Marine who served honorably in Korea from 1952 – 1954.  He retired in 1998 from the Clifton Park Town Highway Dept. as the Deputy Superintendent after 49 years of dedicated service.  The highway garage was named after Gene at his retirement.  He was a member of the National War Plane Museum, and worked tirelessly for the Saratoga Co. Fair demonstrating his restored antique shingle maker and other machinery. He had a great love for all automobiles, restoring several antique cars after his retirement. He enjoyed creating original iron sculptures from scrap metal and building miniature buildings for display at a local Christmas tree farm. He enjoyed his garden and ran a farm stand at his home.  He frequently demonstrated his shingle-making at the Town of Clifton Park Farm Fest. He enjoyed all tractors and antique engines and had been an active member of the Clifton Park Republican Committee.

Calling hours will be from 3-7 pm Tuesday in the funeral home.

Interment with full military honors will be in the Clifton Park Center Cemetery.

The family offers heartfelt thanks to the dedicated workers at Community Hospice of Saratoga, especially to Rosalie and Ronnie.

Memorial contributions may be made to Community Hospice of Saratoga, 79 Lawrence St. Saratoga Springs, NY 12188

Share Your Memory of
Eugene
Upload Your Memory View All Memories
Be the first to upload a memory!
Share A Memory