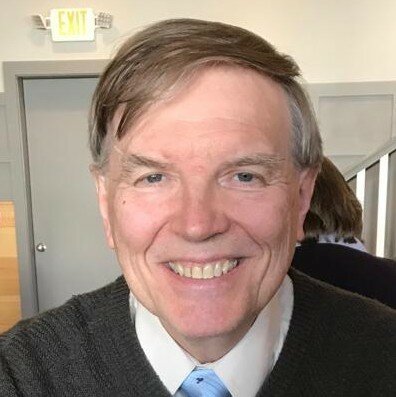 Please share a memory of Paul to include in a keepsake book for family and friends.
View Tribute Book

Born in Johnstown, New York, he was the son of the late Stephen and Margaret Hanchar Keba. Paul was a graduate of Johnstown High School and earned his Bachelor and Master of Science degrees in Chemical Engineering from Rensselaer Polytechnic Institute. Paul was retired from Knolls Atomic Power Laboratory in Niskayuna where he had been employed for over 48 years as a Chemical Engineer, a career he found both satisfying and rewarding.

Often out in the community, Paul enjoyed socializing at the St. Edward the Confessor Church in Clifton Park as a communicant and part of the Coffee Club, playing chess, volunteering at youth hockey and little league baseball, and was a friendly face wherever he went. His most cherished moments involved spending time with his wife Geri, doting on his grandchildren, working in the garden, and his regular trips to Disney with family.

Paul is survived by his younger brother James “Jim” (Christine) Keba, and a niece and nephew.

In lieu of flowers, those desiring may make memorial contributions to the charity of their choice in memory of Paul S. Keba.

Please feel free to express your online condolences by using that tab on this page.

To send flowers to the family or plant a tree in memory of Paul Keba, please visit Tribute Store
Wednesday
2
March

Share Your Memory of
Paul
Upload Your Memory View All Memories
Be the first to upload a memory!
Share A Memory
Send Flowers
Plant a Tree