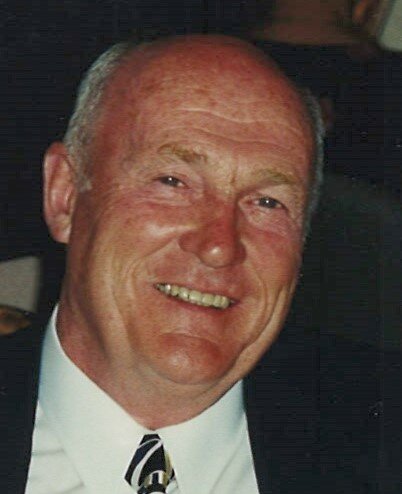 Please share a memory of Edward to include in a keepsake book for family and friends.
View Tribute Book

Edward H. "Red" Chambers, 87, passed away peacefully on Tuesday Feb. 1, 2022.  He was born in Troy, NY on July 21, 1934 and was the son of the late Marion (Weitzel) and James Chambers.  He was pre-deceased by his sister Marion Brown and brother John Chambers.  He was the husband of 61 years to his late and beloved wife Mary "Chick" Chambers who died on March 12, 2021.

Edward grew up in Watervliet and attended Watervliet High School where he was an outstanding athlete who excelled in basketball, soccer and baseball.  Ed was a first class inductee in the Watervliet High School Athletic Hall of Fame in 2008.  After high school he played soccer for the Albany & German soccer clubs.  Friends introduced him to his wife Mary "Chick" Chambers and together they share a loving, wonderful and adventurous life.  Ed was honorably discharged from United States Army in 1962. He worked for Mobil Oil at the port of Albany for 28 years and retired in 1994.  In retirement, Ed and Chick enjoyed traveling and attending luncheons and parties with the Mobil Oil group of friends   Ed felt very fortunate to have long lasting friendships with his Watervliet High School classmates.  The Watervliet Gang has remained close friends over the years traveling together, gathering for parties or just hanging out for laughs.  Ed was an exceptional photographer and took many pictures while traveling with his wife and friends. Edward was a devoted family man who loved his wife, children and friends.  We will miss you dad and your words of wisdom. Our love for you will live in our hearts forever.  Hugs & kisses.

Funeral services will be held on Tuesday afternoon at 1:00 pm at the Gordon C. Emerick Funeral Home.

Due to the pandemic, facial covering in required at all services.