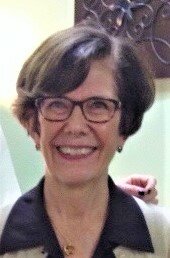 Please share a memory of Joan to include in a keepsake book for family and friends.
View Tribute Book

Joan S.  Murphy, 72, of Ballston Lake, passed away peacefully at home on December 20, 2021 with her loving family at her side after a long and courageous battle with Parkinson’s disease.

Joan was born on November 24, 1949 in Hornell, NY. She was the daughter of parents Dr. Gordon and Molly Stenhouse.

Joan was a graduate of The Masters School in Dobbs Ferry, NY.

She received her bachelor’s degree from Alfred University where she was valedictorian of the class of 1971. She was a 1977 graduate of Albany Law School of Union University (J.D.).

Joan’s career included 17 years with Empire Blue Cross Blue Shield serving as Assistant Vice President and Associate Counsel. Joan then worked as an attorney with the law firm of Hinman Straub P.C. of Albany, where she retired in 2013.

Some of Joan’s fondest memories were of the family’s summer vacations to Basin Harbor Club in Vergennes, Vermont where Joan and John made many treasured friends. Joan was a lover of golden retrievers, five of which became integral parts of the Murphy family.

Joan was predeceased by her loving parents Dr. Gordon and Molly Stenhouse.  She is survived by her adoring husband John and beloved daughter Kate, who was a wonderful and dedicated caregiver. Joan is also survived by her stepchildren Erin (Anthony) and Scott (Marci), and grandchildren Drew, Brynn, Grace and Graham.

The family would like to extend a special thank you to Joan’s many caregivers who graciously helped care for Joan.

To send flowers to the family or plant a tree in memory of Joan Murphy, please visit Tribute Store

A Memorial Tree was planted for Joan
We are deeply sorry for your loss ~ the staff at Gordon C. Emerick ​Funeral Home
Join in honoring their life - plant a memorial tree
Online Memory & Photo Sharing Event
Online Event
About this Event

Look inside to read what others have shared
Family and friends are coming together online to create a special keepsake. Every memory left on the online obituary will be automatically included in this book.
View Tribute Book
Services for Joan Murphy
There are no events scheduled. You can still show your support by sending flowers directly to the family, or planting a memorial tree in memory of Joan Murphy.
Visit the Tribute Store

Share Your Memory of
Joan
Upload Your Memory View All Memories
Be the first to upload a memory!
Share A Memory
Send Flowers
Plant a Tree