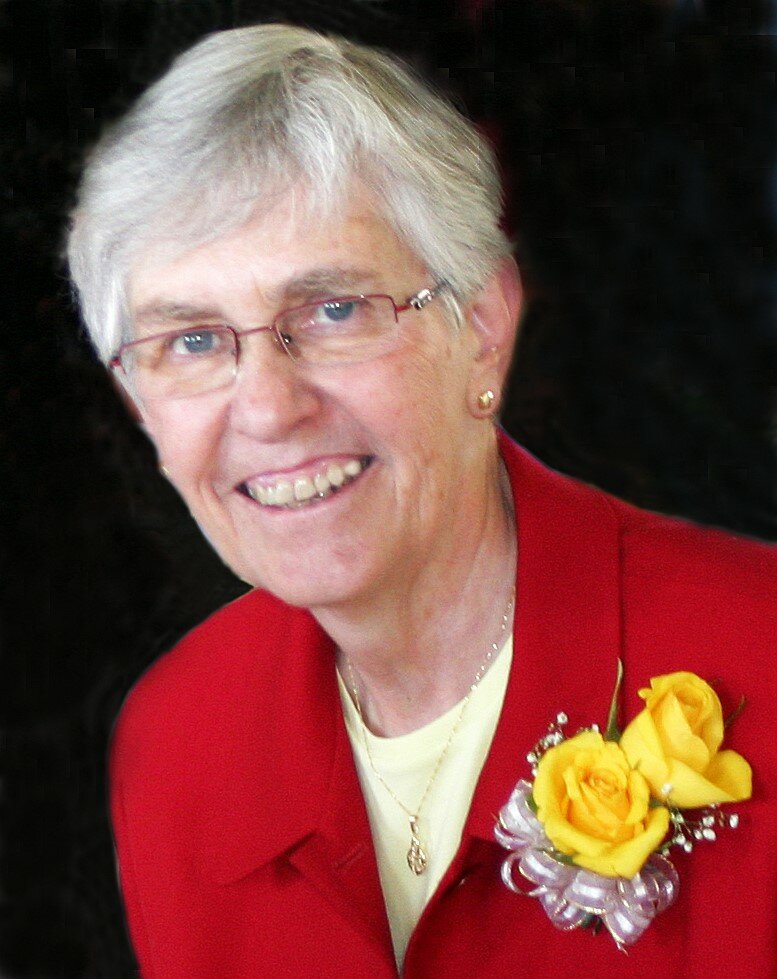 Sister Margaret Patrick McPeak died on November 4, 2021 at St. Joseph’s Provincial House in Latham, NY. Sister Margaret (Peg) was born in Jordan, NY, on March 10, 1937, the daughter of Hugh P. McPeak and Margaret H. McLaughlin. She had been a Sister of St. Joseph of Carondelet for 63 years. A graduate of Jordan Central High School, Jordan, NY, in 1958 Margaret entered the Sisters of St. Joseph, pronouncing her first vows on March 20, 1961 and her final vows on August 6, 1966. Sister Margaret earned a bachelor’s degree in Mathematics from the College of St. Rose in 1963 and a Master’s degree in Philosophy from DePaul University, Chicago, Ill. in 1970.

A love of and excellence in sports had led Sister Margaret to study at SUNY Cortland for two years, in preparation for teaching physical education. When she chose to enter the Sisters of St. Joseph, her lifelong ministry and love became education. She is remembered for her excellence as a teacher of Mathematics at Syracuse and Albany Diocesan high schools from 1963 – 1971, and as a teacher of Philosophy at the College of Mt. Saint Joseph, Mt. St. Joseph, Ohio for 30 years.

To say that Sister Margaret loved teaching is an under-statement. She wrote, “To share

what one understands is, I think, the most intimate human activity. Teaching, which provides an

opportunity for such sharing, is for me one of the most human of all my activities.” Sister

leader in her ministry, as is well-documented in awards she received.

In 1996 Mt. Saint Joseph College awarded Sister Margaret an Honorary Doctorate of Humane Letters, praising her leadership in curriculum development, commitment to the students and values of Mt. St. Joseph, skill in preparing the college for accreditation, ability to guide her colleagues on such issues as assessment and the centrality of the liberal arts and her willingness to be a team player. The College’s president lauded “Sister Peg” for accepting “challenges with an openness of heart and mind, deep respect for the views and contributions of others, belief in the potential of students and commitment to the mission of the Mount.”

In 2009  Mt. St. Joseph College’s founders, Sisters of Charity of Cincinnati, presented Sister Margaret their highest honor, the Elizabeth Seton Award, calling her 30 year  stewardship of the of mission at the College “legendary.” In particular the award praised Sister Margaret as a pioneer in the development of challenging curriculums, including the interdisciplinary women’s studies program and the Weekend College of the Liberal Arts.

Sister Margaret remained close to her CSJ community, whether living in New York or in Ohio.  Her faithful presence  over fifty years was reflected when the2008 sisters with whom she entered the Sisters of St. Joseph in 1958 honored Sister Margaret by asking her to be the homilist at their 50th Jubilee Mass.  In her reflections she cited scripture and philosophy and urged that all embrace “the Responsibility to Empower Continual Rejuvenation.” Always a far-seeing woman, Sister Margaret called her sisters to embrace especially the goal of rejuvenating nature with love.

In addition to her parents, Sister Margaret was predeceased by her sister, Mary Sue Creed, and her dear friend, Sister Elizabeth Cashman, SC.

She is survived by her cousins, Sister Katherine McPeak and Margaret Delaney, her nephew Frank Creed, her niece Margaret Ribero, her dear friend Mary Jo Coleman, and her community, the Sisters of St. Joseph of Carondelet.

Due to continued health concerns regarding the COVID, there will be no public visitation or funeral services for Sister Margaret. A private wake service and funeral Mass will be held, open only to Sisters of St. Joseph and Sister’s immediate family.

Contributions in Sister’s memory may be made to The Office of Mission Advancement, St. Joseph’s Provincial House, 385 Watervliet Shaker Road, Latham, NY 12110.

Please express on-line Condolences by using that tab on this website.

To send flowers to the family or plant a tree in memory of Sister Margaret McPeak, CSJ, please visit Tribute Store

Share Your Memory of
Sister Margaret
Upload Your Memory View All Memories
Be the first to upload a memory!
Share A Memory
Send Flowers
Plant a Tree