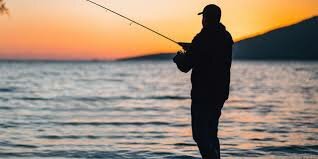 John R. “Jack” Sally, 64, of Charlotte, NC, formerly of Latham, NY, peacefully entered into eternal life with his family at his side on Wednesday, October 20, 2021.

Born in Troy, he was the son of the late John and Margaret M. “Peggy” Sullivan Sally. He was a graduate of Shaker High School in Latham and Hudson Valley Community College where he earned his Degree in Transportation Operations.

Mr. Sally had been employed at Landstar Express America in Charlotte as Operations Manager and was previously employed by Leaseway Transportation in Los Angeles, California

Jack enjoyed fishing and a day at the beach. His hobbies included: collecting coins, stamps, and sports memorabilia as well as rooting for his favorite sports teams.

Devoted brother of Matt Sally of Lake Mary, Florida, Michael (Theresa) Sally of Cohoes, NY and Dianne Sally of Preston Hollow, NY as well as being a loving uncle to Andrew and Samantha.

Jack’s family wishes to express their sincere gratitude to the staff and volunteers at Levine and Dickson Hospice House at Southminster in Charlotte, North Carolina.

Please feel free to offer online Condolences using that tab on this website.

To send flowers to the family or plant a tree in memory of John Sally, please visit Tribute Store

A Memorial Tree was planted for John
We are deeply sorry for your loss ~ the staff at Morris-Stebbins-Miner & Sanvidge Funeral Home
Join in honoring their life - plant a memorial tree
Services for John Sally
There are no events scheduled. You can still show your support by sending flowers directly to the family, or planting a memorial tree in memory of John Sally.
Visit the Tribute Store

Share Your Memory of
John
Upload Your Memory View All Memories
Be the first to upload a memory!
Share A Memory
Send Flowers
Plant a Tree