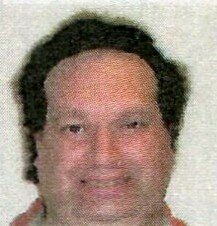 James Charles Gage, 60 of Saratoga Ave. died on Monday Oct. 11, 2021 at his residence after a brief illness.  He was born in Delhi, NY on August 8, 1961 and was the son of the late Carl L. Gage and Ruth Lewis Bunting.  Jim has live in Mechanicville for a number of years and had worked for Walmart in Halfmoon, McDonald’s in Mechanicville and NYS Dept. of OGS in Albany.  He enjoyed reading comic books and super hero’s, watching movies and fishing.’

He is the beloved father of James Ralph Gage of Troy, devoted brother of Carl Gage of Utica, Larry Bunting of Waterford, Thomas Bunting of Maryland, Leslie Bunting of Glenville, Myra Gage and Chalara Gage both of Waterford.  Also survived by several nieces and nephews.

Interment will be in Waterford Rural Cemetery, Waterford, NY

To send flowers to the family or plant a tree in memory of James Gage, please visit Tribute Store
Monday
18
October

Share Your Memory of
James
Upload Your Memory View All Memories
Be the first to upload a memory!
Share A Memory
Send Flowers
Plant a Tree