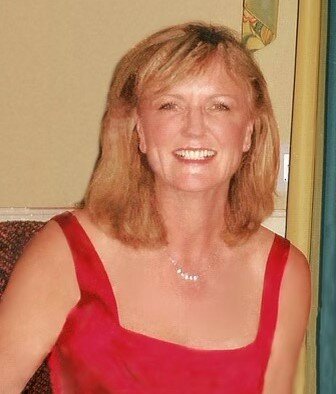 Get Directions
Thursday
12
May

Please share a memory of Madeline to include in a keepsake book for family and friends.
View Tribute Book

Madeline received her B.S. in Nursing from Georgetown University in 1975, and M.S.N. from George Mason University in 1982. She started her nursing career as a staff nurse at Sibley Hospital in Washington, D.C. Madeline and Brian were married in 1976 and moved to Colorado Springs. Brian, an Army officer, was stationed at Ft Carson. Madeline became a head nurse at Emory John Brady Hospital in Colorado Springs. She was a head nurse at the Psychiatric Institute of America in Washington D.C. in 1978 while Brian was in Dental School at Georgetown.

Madeline was a Clinical Nursing Instructor at Russell Sage College when she first noticed diminishing strength and balance in 2011. She was diagnosed with ALS in 2012. Madeline’s diagnosis left her with regret that she was not expected to survive to meet her grandchildren. Granddaughters Sloane, Madeline, Josephine, Caroline and Victoria visits were unexpected gifts and filled her with joy and smiles.

Madeline was an avid golf and tennis player; a competent skier and earned an expert NAUI certification in scuba diving. She enjoyed seeing the world: India to Argentina, Australia to Europe, the Caribbean and Mediterranean. She was a member of the Country Club of Troy and the Junior League.

She faced ALS with her ever present smile, dignity, grace and the quiet determination she exhibited throughout her life. She left her skis and sneakers behind as she became intimately familiar with canes, walkers, scooters and eventually her power wheelchair. She embraced advocacy on behalf of those ALS patients unable to travel or speak on their own. Madeline was committed in her support and outreach within the ALS community. She was consistent in her many presentations: “I will not let my fear of tomorrow rob me of my today”. She not only quoted this axiom frequently; she lived it every day. Madeline saw the beauty and wonder in the many small things right outside her lanai as ALS continued its relentless attack.

Madeline was passionate about expanding funding for ALS research. She made several trips to Congress to lobby for continued and increased funding levels for this fatal neurodegenerative disease. She was an active member on advisory boards, workgroups and committees of regional and national academic/research institutions as well as clinical organizations. Madeline was an invited participant at meetings hosted by national regulatory agencies. She fought for “right to try” (Expanded Access Program) drug access at the FDA and provided patient insight for development of research priorities at the CDC.  An honorary Doctor of Public Service was conferred upon her by Russell Sage College in 2015.

Her cause was embraced by Worthington Country Club, where she lived since 2015. The community held an annual golf event followed by a standing room only gala to raise funds for ALS research.

She loved life and her family and was loved by all who knew her.  She was most proud of being a mother and grandmother.

Please feel free to share a memory of express your on-line Condolences by using those tabs on this page.

Share Your Memory of
Madeline
Upload Your Memory View All Memories
Be the first to upload a memory!
Share A Memory