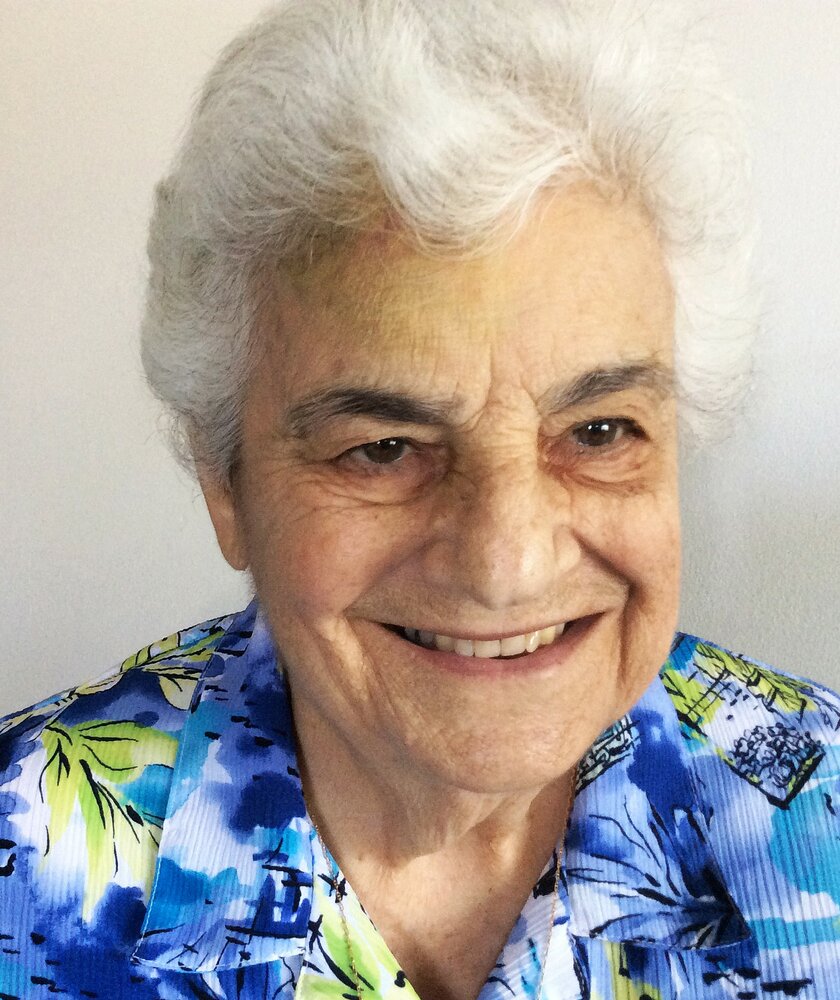 Joan Lilla  Marcoccia was born on May 24, 1934, the youngest of four children of Giovanni and Angela (Perrotta) Marcoccia. Her father died two months before she was born, and her mother was left to raise her, her 7 year old brother, and two sisters, ages 4 and 2, alone. She attended public and Catholic schools in Syracuse, New York, where she first met the Sisters of St. Joseph of Carondelet at St. Vincent de Paul School during the fifth grade. Living near the school, Gio got to know the sisters well. She enjoyed helping them both in the classroom and as a senior in high school, in their convent.

In September, 1952, she entered St. Joseph Seminary to become a Sister of St. Joseph. She received the habit on March 19, 1953, in Albany taking the name Giovanna Marie. Sister Gio taught in Binghamton and Troy, New York. In 1966, she was missioned to Hawaii for the first time, teaching at St. Joseph (Waipahu), Holy Trinity, and St. Anthony (Kailua) schools. During her time in Waipahu, she started the 8th Grade Student Leadership Physical Education Program, at the time schools were being asked to include P.E. in their curriculums. She later introduced the program at other CSJ schools on Oahu, including St. Theresa School.

In 1970, Sister returned to Albany, and had various ministries in Albany, Latham, Cohoes, and Troy, New York. In 1982, she returned to Hawaii for good. Her 39 subsequent years in Hawaii saw her teaching history and being the Athletic Director at St. Anthony Jr/Sr/ High in Wailuku, Maui; teaching history and being the social studies chair at Sacred Hearts Academy in Honolulu; being the Principal at Holy Trinity School in Honolulu from 1985-1997; and being Athletic Director and P.E teacher, and later Development Director at St. Theresa School in Honolulu. Before Sister Gio retired from ministry, she also worked as a substitute teacher, volunteer, driver, and caregiver after her formal teaching days ended. She related well to students, who loved her kindness, her athletic ability, and her ability to relate to them.

Sister Giovanna Marie participated on numerous Diocesan and school committees during her time in Hawaii. She enjoyed sports, was an avid Super Bowl watcher, and loved to golf. Cooking, gardening, reading, acting as MC for annual CSJ celebrations, and running school garage sales were also among her favorite pastimes. One of her best-remembered phrases was telling students that they were "wonderful, loveable, and capable." She is also famous for telling jokes, and will be remembered for her love of family and the Sisters of St. Joseph.

Sister Giovanna was predeceased by her parents, her brother, Constantine, and her sister, Louise Kratz.and her brother in law, Richard Kratz. She is survived by her sister, Carmela Fitzgerald,(John), sister in law, Dr. Bonita Marcoccia, nieces and nephews, and grandnieces and nephews, great grands, cousins, her dear friend Sister James Theresa Joseph, and many other Sisters of St. Joseph of Carondelet.

Sister Giovanna passed to eternal life on July 13, 2021 in Oahu, Honolulu, Hawaii. A Celebration of Sister Giovanna’s life will be celebrated in Hawaii on August 27, 2021.  A Memorial Mass and burial arrangements for Sister Giovanna Marcoccia at St. Joseph’s Provincial House, Latham, NY are pending.

Contributions in Sister’s memory may be made to: The Office of Mission Advancement, St. Joseph’s Provincial House, 385  Watervliet Shaker Road, Latham, NY 12110.

To send flowers to the family or plant a tree in memory of Sister Giovanna Marcoccia, CSJ, please visit Tribute Store

Share Your Memory of
Sister Giovanna
Upload Your Memory View All Memories
Be the first to upload a memory!
Share A Memory
Send Flowers