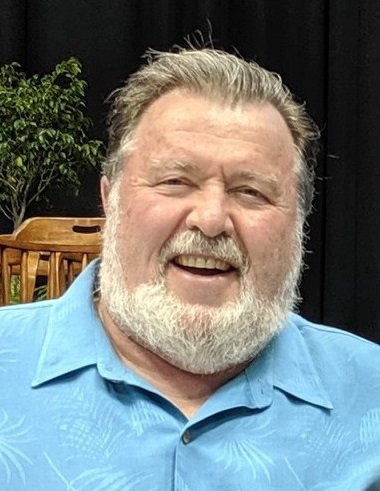 Bernard Rudolf Gerstner, 72, of Pine Forest Lane died on Tuesday July 5, 2021 at Albany Medical Center.  He was born in Karlsruhe, Germany on July 6, 1949 and was the son of the late Adolf and Lilly Schneider Gerstner.  Together, they came to the United States in 1953.  He had been a New York State employee, serving faithfully for over 30 years in several local counties in the Division of Youth and retired from the Division of Parole. Bernard was a communicant of St. Edward the Confessor Church in Clifton Park and a member of the Knights of Columbus.

He is the devoted and proud father of Leah Markle, Christopher (Debra) Gerstner, and Gena Gerstner; cherished grandfather of Nadine and Zachary Markle, John and Henry Gerstner; and dear nephew of Rudolf (Elke) Schneider and cousin of Andreas (Susanne) Schneider and Rudolf Schneider among several other relatives on both of his parents’ sides.

Bernard was a first-generation American who grew up playing football and running track throughout high school before graduating from the University of Bridgeport with a Master of Science in Community Counseling Services. Throughout his life he was an extremely hard-working individual. He truly lived a life of service as a social worker and consistently gave to those less fortunate.  He was a fierce father, provider, and protector to his children and grandchildren. He was always present and would go to the ends of the earth for his children. As a father, he always tried to instill values such as integrity, mutual respect, and to never pass judgement on others for their differences. He believed everyone deserved to be loved, redeemed, and respected. Those who knew him would often refer to him as jolly, especially after hearing his deep belly laugh. He spent his later years with his mother, Lilly, and corgi, Harry, both of whom he loved very much. Together they were undoubtably entertaining. He loved to cook for others and spend his time with loved ones. His fondest memories were spending holidays, particularly Christmas, with his children and grandchildren. The most cherished memories of his children were times spent at their mountain and beach houses and on camping trips. He regularly did crossword puzzles and walked along the river with Harry, and spent his weekends playing golf with friends and Scrabble with his best friend John. He served as a bridge to our beloved relatives in Germany, for which we will remain forever grateful.

He left the world wanting us to know that he loved his children and grandchildren unconditionally. His love and joy in this world were undeniable and he will remain in all our hearts for those who had the pleasure of knowing him.

Funeral service will be held on Thursday at 4:00 pm in the Gordon C. Emerick Funeral Home, 1550 Rt. 9 Clifton Park, NY 12065 with the Rev. Patrick Butler, Pastor of St. Edward the Confessor Church officiating.

A calling hour will be held from 3:00 - 4:00 PM Thursday in the funeral home prior to the service.

For online Condolences, please use the tab on this website.

To send flowers to the family or plant a tree in memory of Bernard Gerstner, please visit Tribute Store
Thursday
8
July

Share Your Memory of
Bernard
Upload Your Memory View All Memories
Be the first to upload a memory!
Share A Memory
Send Flowers