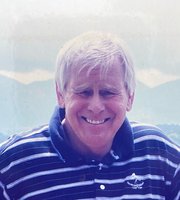 JAMES E. “JIM” AUSTIN James Edward “Jim” Austin, 70, of Clifton Park, beloved husband of Lorri A. Timpano Austin of Clifton Park, peacefully passed away on Thursday, November 19, 2020. Born in Cambridge, NY, he was the son of the late James E. and Katherine Weber Austin and was a graduate of Cambridge Central High School then earned his BA from SUNY Utica-Rome. Jim honorably served our country from 1970 to 1976 in the U.S. Navy during the Vietnam War and was awarded the National Defense Service Medal, Combat Action Ribbon, Vietnam Service Medal with One Bronze Star, Republic of Vietnam Campaign Medal and the Good Conduct Medal. Mr. Austin enjoyed and was an avid golfer, a skilled master carpenter, was passionate about animals, loved tutoring his grandchildren in Math and was proud to have volunteered with Habitat for Humanity following Hurricane Katrina in New Orleans, LA. Beloved husband of Lorri, devoted father of Stephanie (Dan) Kelly of Clifton Park, loving stepfather of Brian Johnson of Malta and Mark Johnson of Ballston Lake, cherished “Grandpa” to Adrienne Kelly and Colin Kelly, brother of Donna Robertson and Uncle to her three daughters. Private funeral arrangements at this time have been entrusted to the Gordon C. Emerick Funeral Home, 1550 Rt-9, Clifton Park, NY 12065. A public funeral service will be held when restrictions subside with the date, time and location to be announced and burial with full military honors being held at the Gerald B.H. Solomon Saratoga National Cemetery in Schuylerville which will be announced. Jim’s family wishes to express their sincere appreciation to the doctors and nurses who cared so lovingly for him. Those desiring may make memorial contributions to the Mohawk Hudson Humane Society, 3 Oakland Avenue, Menands, NY 12204, in memory of James E. Austin. Please feel free to express your on-line Condolences by using the tab on this website.